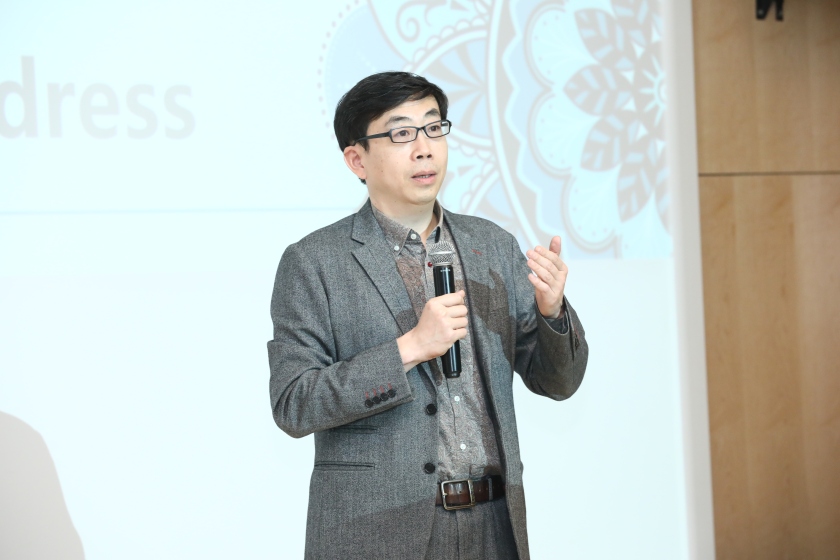 “Jaslyn came to me with this practical problem that they had agreed on,” said Professor Zhai, “I told her that a solution might be to create a platform for more exchanges between ASEAN and Chinese students, and I offered to advise such an effort.” The assignment thus morphed into the prototype of the China-ASEAN Youth Summit, which simulates ASEAN-related meetings including the ASEAN Summit, East Asia Summit, ASEAN-China (10+1) leaders’ meeting and ASEAN-China, Japan and Republic of Korea (10+3) leaders’ meeting.

The year 2016 marked the 25th anniversary of China-ASEAN Dialogue Relations and the China-ASEAN Year of Education Exchange. The very first China-ASEAN Youth Summit was held that year. Jaslyn and some like-minded students set up an organizing committee consisting of departments of academic research, liaison, culture and art and public relations, and she became secretary-general.

The first step is proverbially the hardest. As overseas students, they faced numerous problems including negotiations for a campus venue, recruitment of volunteers, inviting experts from academia and youth delegates and communication with the media. “Professor Zhai offered a lot of advice and assistance,” noted Jaslyn. “He personally invited senior government officials and experts from academia to the summit. He also organized some practical and timely assistance from senior students at our school.”

“The most distinct feature of this summit is that it was organized spontaneously by international students,” declared Zhai. “The organizers are primarily students from ASEAN countries and other countries, a feat which is very rare among Chinese universities. As their adviser, I’m happy to have supported them.” Professor Zhai briefed the organizing committee on the macro background of China-ASEAN cooperation, the mechanism of ASEAN leaders’ meetings and academic orientation and features of the mock summit.

“I advised them that instead of projecting an air of authority, they should tackle problems from the unique perspective of the youth,” explained Zhai. He is quite happy that the students took his advice and made it into four consecutive annual summits.

In the golden harvest season, the 4th China-ASEAN Youth Summit was held on the campus of Peking University as the ginkgo leaves turned yellow. Looking back at the four years of development, Professor Zhai is pleased with the expanding influence of the summit. VIP guests attending the summit over the years included AKP Mochtan, then deputy secretary-general of ASEAN, Yang Xiuping, then secretary-general of ASEAN-China Centre and Jose Santiago Romana, ambassador of the Philippines to China. Also attending were representatives from China’s Ministry of Foreign Affairs, the Central Committee of the Communist Youth League of China and the Lancang-Mekong Environmental Cooperation Center. Liew Chin Tong, deputy minister of defense of Malaysia, attended this year’s summit as the guest of honor.

The highlight this year was the organization’s conjunction with the 11th China-ASEAN Youth Camp, which was launched in 2006 as an annual event to promote friendly exchange and cooperation between the youth of China and ASEAN countries. “This year’s summit and camp lasted eight days, enough time to foster a strong link between the two events at an unprecedented scale and draw more attention,” commented Professor Zhai. “This was a rare opportunity for the students of the organizing committee to accumulate tremendous practical knowledge.”

“The summit has helped young students think more deeply about social topics,” Zhai continued. “Both general topics and youth-specific topics were discussed at the summit. General topics are designed to draw the students’ attention to international relations and regional development. The youth topics included youth employment, bio-environmental protection, clean energy and a lot on the role of education and employment in youth development. Over the last four years, the mock summit has attracted not only Chinese and ASEAN students at Peking University, but also students from other countries at other universities.”

“For the mock summit to become even more fruitful, eight panel discussions were presented, featuring participation from professionals,” Zhai added. “For example, Luo Lin, international affairs director of Chinese e-commerce giant Alibaba, participated in a panel discussion on e-commerce. Her participation brought us more prestige and a new perspective on big business.”

Over the last four years, Professor Zhai has actively promoted the development of the China-ASEAN Youth Summit. For the summit’s future, the professor would like to build a cooperation mechanism with the Central Committee of the Communist Youth League of China and the South and Southeast Asian University Network (S&SE AUN). “We’ll keep working on this platform to help the voice of the youth be heard more clearly,” insisted Zhai.

“The future belongs to the youth,” the professor concluded. “Many advanced topics remain to be explored and discussed. It’s important for young people to be heard one way or another.” He believes that China-ASEAN cooperation should start with the youth and hopes that spontaneous exchange between students will forge a stronger foundation for future cooperation.