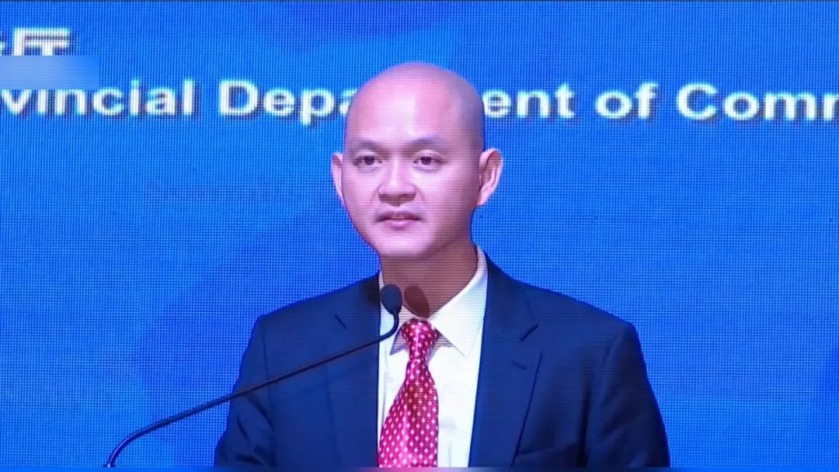 “The China International Import Expo [CIIE] is a demonstration of China’s commitment to mutual benefit and common development,” said Dr. Ong Kian Ming, Deputy Minister of Ministry of International Trade and Industry (Malaysia), during his interview with Xinhua News Agency. Dr. Ong believes the expo would boost the trade volume between Malaysia and China to a higher level.

Ong is going to attend the second CIIE on behalf of the Malaysian government. He appraises China’s efforts in holding the event and hopes to attract more Chinese investors on the occasion. Ong is confident that the second CIIE would serve as an excellent platform enabling enterprises from both countries to communicate and cooperate, thus furthering Malaysia’s exports to China.

“The CIIE will boost our bilateral trade volume,” Ong said. “It presents more Malaysian products for Chinese consumers, especially those who are not familiar with our products and services.”

According to Ong, there will be exhibition zones set by government departments and organizations including the Ministry of Agriculture and Agro-based Industry, the Ministry of Primary Industries and Malaysia Digital Economy Corporation. In the exhibition zone of the Associated Chinese Chambers of Commerce and Industry of Malaysia, various companies have around 30 booths to showcase their products, most of which are foods and beverages.

In addition to durian, white coffee, cubilose and other products Chinese consumers are familiar with, Malaysia is one of the world’s major producers and exporters of palm oil. Therefore, Ong noted that he hopes to show Malaysian palm oil and palm oil-related products more directly to Chinese consumers during the expo. Meanwhile, they are going to promote destinations not well-known to Chinese tourists, such as Sarawak in the northern part of Kalimantan.

“The second CIIE would be a great opportunity for Malaysia to have dialogues with and attract potential investors in its strategic sectors,” Ong said in anticipation that the event this year could let more Chinese companies know that Malaysia is an ideal destination for investment.