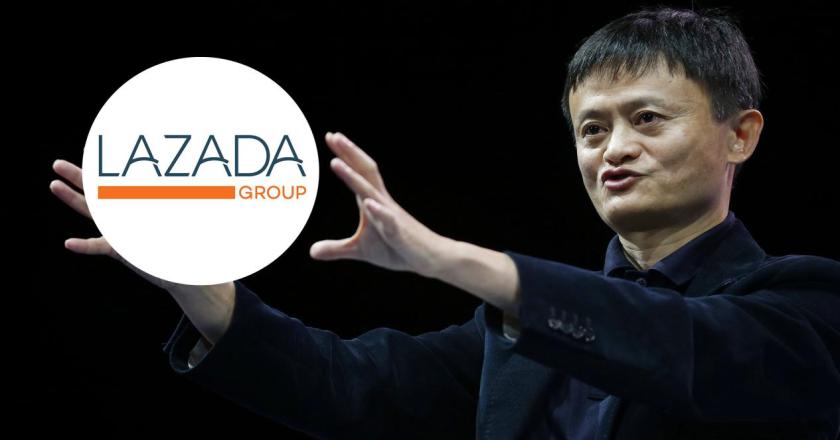 On the evening of September 2, the closing ceremony of the 2018 Asian Games was held at the Pangano Sports Center in Jakarta. During the highly anticipated “Hangzhou Eight Minutes” session, Jack Ma and Sun Yang appeared in the show and sent a sincere invitation to Asian people. Alibaba President Jack Ma’s travel to Indonesia wasn’t only to advertise the next Hangzhou Asian Games, but also to discuss the possibilities of potential cooperation with Indonesian President Jokowi and other ministers on e-commerce.

Explore talents and cooperation opportunities in science and technology.

On September 1, after Jack Ma’s arrival in Indonesia, he was invited to visit the Indonesian presidential palace, Bogor Palace to meet with Jokowi. Indonesian President Jokowi expressed his hope that China’s e-commerce giant Alibaba Group will implement an e-commerce investment plan in Indonesia and warmly welcomed Ma to Indonesia to attend the closing ceremony of the 18th Asian Games. “Thank you for your commitment, supporting Indonesia’s e-commerce and economic and trade development. I will wait for the Group to implement a more specific investment plan.”He said.

Jokowi said that during the G20 Summit in September 2016, he visited the Alibaba headquarter in Hangzhou and was very impressed. “I am very happy to know that after I visited the Hangzhou headquarter, Alibaba Group immediately promised to increase the multi-billion dollar investment plan in China.” He added.

According to Indonesia’s Minister of Communication and Information Technology Rudiantara, President Jokowi and Jack Ma proposed the idea of establishing the “Ma Yun Technology Institute” in Indonesia to develop the educational capabilities of Indonesian electrical merchants. Rudiantara believes that the biggest problem in the world at present is that the development of talents in electronic technology field cannot catch up with the development of the digital economy. The establishment of “Ma Yun Technology College” in Indonesia not only provides superior talents for the Indonesian domestic market, but also enables Indonesia to become the cradle of regional talents in science and technology.

Rudiantara disclosed that the specific details of the establishment of the “Ma Yun Institute of Technology” will be discussed by ministerial officials and representatives of the Alibaba Group. In addition to human resources training, the Indonesian government has also formulated strategic policies for technology start-ups; the Indonesian authorities have sent government representatives to advise Alibaba Group to ensure that the training courses being in line with local laws and provide more convenience for more startups.

Significant potentials and intense competition in the Indonesian market

The World Bank believes that logistics costs consume about a quarter of Indonesia’s gross domestic product due to supply chain bottlenecks, long port stays, and lengthy trade clearing processes. In order to reduce logistics costs and avoid all shipments sent from Jakarta, Lazada opened warehouses in Balikpapan on the Borneo coast of Indonesia. Lazada Indonesia Co-CEO Florian Holm said that the move has reduced transportation costs in some cases by 90%.

Indonesia has a large and rapidly growing e-commerce market, and the market potentials are huge with the premise of logistics problems being solved. According to Morgan Stanley’s forecast, Indonesia’s e-commerce sales currently account for 3% of its total retail sales, and will rise to 19% by 2027. The report also said that as of the end of 2016, Indonesia had a total of 159 million smartphones, which will increase to 275 million by 2021. The World Bank said that the young population of Indonesia and the promotion of transportation and communication have brought hope to the growth of related industries. This has attracted some Chinese technology companies to enter the Indonesian market. For example, Tencent and JD.com have already invested in the Indonesian network car company Go-Jek, and JD has also invested in the online travel platform Traveloka.

The intense competition in the Indonesian market is increasing. The US e-commerce giant Amazon also opened a warehouse in Singapore last year, and may soon enter the Indonesian market. Usman Akhtar, a partner at Bain&Co consulting firm, believes that Indonesian companies such as Blibli, an e-commerce platform created by the Djarum Group, should not be underestimated. In this regard, Indonesian Minister of Information and Communication Rudiantara said that Alibaba founder Jack Ma is a member of the Indonesian government e-commerce industry steering committee, and will offer advice on taxation, cybersecurity and human resources. Jack Ma’s role does not create a conflict of interest, but is more of an “expert” who can help promote Indonesian market’s potential.