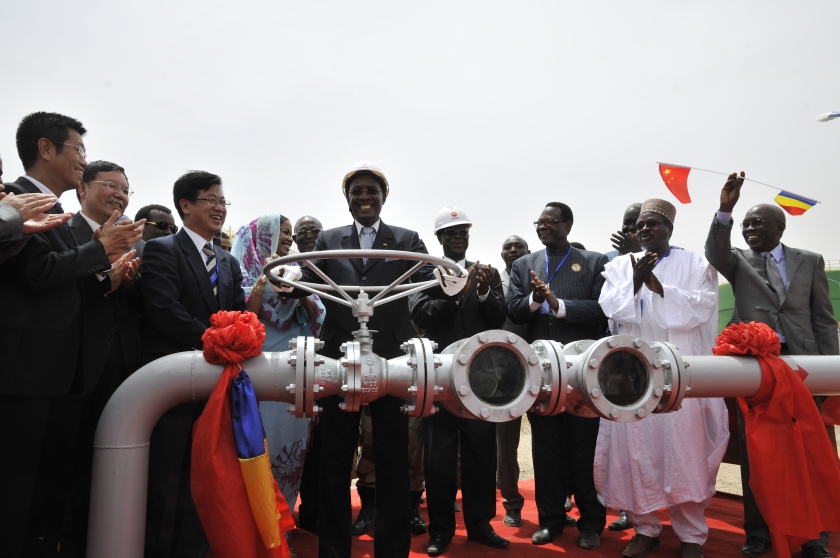 “CNPC has created many job opportunities since its arrival,” noted a villager living near Ronier Oilfield in Chad. “With compensation for land occupation, we’ve bought more land in many other places as well as cattle and sheep.” Many in the area have seen drastic life changes since China National Petroleum Corporation (CNPC) began investing there.

Situated south of the Mediterranean Sea and west of the Indian Ocean, the vast African continent is closely connected to the Eurasian continent via a narrow, shallow waterway known as Suez Canal. The inhabitants of the continent are old friends of the Chinese people. China and Africa have merged into a community of common interest and shared future featuring win-win cooperation. Chinese President Xi Jinping has emphasized on many occasions that China will continue to adhere to the principles of its African policy, uphold the values of friendship, justice and shared interests, and actively promote alignment of the Ten Major China-Africa Cooperation Projects and the Belt and Road Initiative with the African Union’s Agenda 2063, with an aim to promote in-depth development of China-Africa comprehensive strategic cooperative partnership in the greater interest of Chinese and African peoples. 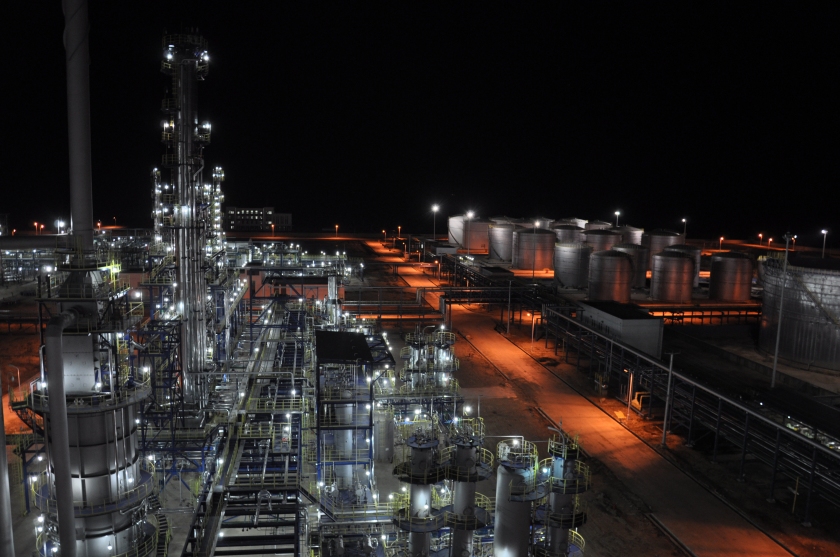 Since leaving its first footprint in Sudan in 1990s, CNPC has been working in Africa for more than 20 years, and its operations now cover many African countries along the “Belt and Road” including Sudan, Chad, Niger and Algeria etc. Contrasting with European and American oil companies which only focus on investing in exploration and development of oil and natural gas, CNPC aims to help the host countries build a complete industrial system through investment in not only upstream resource exploration and exploitation but also pipelines and refineries in the downstream. In addition, as a corporate citizen of African communities, CNPC has been committed to fulfilling its social responsibilities and promoting cultural exchange between China and African countries to cement public support for building a China-Africa community with a shared future.

This year marks the 40th anniversary of China’s reform and opening-up, a historic policy that has brought earthshaking changes to China. As the country has marched out of a poor, backward state, its demand for petroleum has increased gradually. Answering the call to “go global,” CNPC turned its eyes beyond China. So far, the CNPC has expanded its operations to 35 countries around the world, running and managing 93 oil and gas joint ventures including 50 projects in 19 countries along the Belt and Road. Africa, a land of abundant oil resources yet to be cultivated on a massive scale, has become an alluring destination for Chinese investors.

The presidential summit between China and Sudan in Beijing in autumn 1995 heralded oil cooperation between the two countries and marked the first step of CNPC’s advancement into Africa. Back then, the oil industry had not emerged in Sudan, but within just a few short years CNPC had helped the country establish a modern oil industrial system that features upstream-downstream integration, advanced technologies and a complete set of facilities covering multiple fields including oil exploration, ground construction, long-distance transportation pipelines, oil refining and petrochemicals. As CNPC continues expanding its business prospects in Africa, the continent is gradually growing into a hub for CNPC international market.

The phenomenal China speed has impressed Africa. Joining hands with locals, in several years, CNPC propelled quickly the development of the oil industry in Sudan, transforming the country from an importer to an exporter of crude oil. In a little more than five years in Chad, CNPC established 1-million-ton oilfields（now in 4-million-ton per year）, 310 kilometers of oil pipelines and N’Djamena Refinery with an annual refining capacity of 1 million tons, which together form a complete system for a modern oil industry, enabling the country to gain energy independence. Oil cooperation projects have been praised by the Chad government and people as the model of China-Chad cooperation. In Niger, CNPC established an oilfield with an annual production capacity of 1 million tons of crude oil, 462 kilometers of oil pipelines and a modern refinery in the heart of the Sahara Desert in a mere three years, bringing “light of hope” as described by locals.

State-of-the-art Chinese technologies have enthralled Africa. In areas previously claimed by foreign oil giants to have no value for resource exploration, a great many CNPC model technicians represented by Yongdi Su have accomplished a jaw-dropping miracle by establishing an oilfield with modern theories and technologies at a breakneck speed. After making technological breakthroughs one after another in risk exploration for three years straight, CNPC’s Algeria subsidiary successfully discovered high-yield oil flow in Oued Mya Basin. After expansion, CNPC-funded Khartoum Refinery now boasts the world’s first set of delayed coking units for processing crude oil with high content of calcium and acid, and its annual crude oil processing capacity has reached 5 million tons.

Chinese management has amazed Africa. Facing the challenge of dropping oil prices in the international market, CNPC’s Chad subsidiary adopted a mix of cost-reduction measures to ensure steady growth of its upstream project. To better manage the operation of the project, CNPC’s Mozambique company constantly innovated its decision-making mechanism to allow the Chinese side more involvement in the decision making process. By setting up a Sudan region coordination Group in Sudan and the West Africa coordination Group in Chad, CNPC has achieved unified management that integrates security, logistics support and partnership coordination, thus securing legitimate business operations while optimizing its advantages in integrated management. In recent years, with foothold successfully established in high-risk regions in Africa, CNPC has dramatically enhanced its international staff and core competitive capacity. The Bureau of Geophysical Prospecting (BGP), for example, has emerged as an industry leader globally.

Dedicated to seeking win-win cooperation rather than simply obtaining resources from its partner countries, CNPC has continued unremitting efforts to blaze a trail for the local oil industry and contribute to local economic and social development based on technological and management experience accumulated over years. Oil cooperation projects are serving as bridges of friendship between CNPC and citizens of the partner countries.

Africa often conjures images of boundless deserts, unfavorable natural conditions and social unrest. Achieving self-sufficiency in crude oil based on their own oilfields had been a dream of generations of people in Chad, Niger, Mozambique and many other African countries. Niger’s crusade in oil prospecting had already began as early as 50 years ago, but every attempt failed until the arrival of CNPC, which kindled hope by establishing an oilfield with an annual production capacity of 1 million tons of crude oil, 462 kilometers of oil pipelines and a modern refinery in the heart of the Sahara Desert. Gone are the days when Niger depended heavily on imports to meet its oil demand, and a new powerhouse of oil has emerged in the African desert. The country has even exported home-drilled and refined oil to the international market. The Chinese Dream has been fused to the development of Africa, igniting local people’s dreams of oil and hope as well.

Adhering to the employment principles of equality and non-discrimination, CNPC has also cultivated a great number of technological and managerial professionals across the entire industrial chain in its partnering resource countries. CNPC International (Chad) Co., Ltd., for example, has actively promoted local employment and training, and in cooperation with the Chad government, it selected outstanding local students and technicians and sent them in waves to China for professional training. It has also established regular technical exchange mechanism with Chad’s Ministry of Petroleum and Energy to facilitate information sharing on business progress from oil prospecting to exploration, pipelines, taxation and environmental protection. A mentoring mechanism has been adopted to popularize fundamental knowledge and technology related to petroleum, a move that has been widely acclaimed by local employees.

CNPC’s sincere dedication to boosting local economic and social development and selfless contributions to promote the local oil industry over the years have won universal recognition from resource countries. President of Nigerian President Mahmadou Issoufou once remarked that CNPC has fulfilled its promise to help Niger transform into an oil producer, and that during the pleasant bilateral cooperation, Nigeriens were deeply impressed by the Chinese people’s diligence, which is worth learning.

Chinese people believe that “the more responsibilities you take on, the greater success you will achieve.” In Africa, CNPC serves not only as a pioneer of the local oil industry and an active contributor to the local economy, but also a participant in building of a harmonious society in the resource countries. Staying true to its responsibility as a corporate citizen, the company has faithfully implemented the strategy of “building a stronger Africa” to help dreams come true on the African continent.

Poverty alleviation remains a great cause of mankind. In December 2017, CNPC’s upstream project company in Chad donated 20 flour-milling machines and 20 laptops valued at a total US$48,000 to the “Great Heart” foundation headed by the First Lady of Chad, making its own contribution to the country’s livelihood improvement.

Simultaneously, to address problems in Niger such as formidable national conditions, serious desertification, insufficient water resources and a lack of access to clean water, CNPC’s project company has made unremitting efforts in afforestation and digging deep wells for drinking water. Since 2011, the company has planted more than 100,000 saplings, 80 percent of which have survived. Additionally, the CNPC refinery in Niger has successively carried out activities such as building classrooms, establishing hospitals and clinics, digging water wells, donating school supplies and providing door-to-door voluntary medical treatment. It has established a mobile phone cellular network to connect local people with the rest of the world. These efforts have greatly contributed to improving local people’s living quality and consolidating friendship between people of the two countries.

While abroad, CNPC members always treat the local environment like their own home, protecting every tree and bush from damage. To protect two thick trees growing on the construction site of oil pipelines, CNPC International (Chad) Co., Ltd. decided to adopt costly and time-consuming manual operation instead of excavators to steer clear of the trees. To protect elephants from accidentally falling into pipeline ditches, Chinese workers waited until the period between elephants’ normal drinking times to rush out and lay pipeline. A local weekly published an article on the effort, commenting that “our reporting on these scenarios is intended to shed light on the active role the Chinese people living in Chad have played in the growth of local economy as well as their deep love for every inch of this land—from trees to elephants and even its people.”

When interviewed by media, a local villager captured the dramatic changes occurring in his life with simple words: “I used the money from land occupation compensation to build a new house and get married, and now my child is already a primary school student.” A village head living near the oilfield had hearty praise for CNPC. “Since their project began, our village has gradually expanded, and our population has grown because many workers hired by the company have settled here and now call our village home,” he illustrated. “When people make more money, they want to consume more, which has attracted businesses followed by schools and hospitals. Our villagers’ lives have been improved by a big margin.”

During the Boao Forum for Asia Annual Conference 2018, Secretary of the Leading Party Members’ Group and Chairman of CNPC Yilin Wang outlined the corporation’s “five strategic goals” for the next phase of development, namely securing steady development, optimizing business structure, exploring natural gas, promoting the implementation of the Belt and Road Initiative and improving global operations management. Global operation has been elevated to new heights. To achieve its strategic goals, the CNPC staff in Africa is committed to joining hands with African partners to lay a solid foundation for a China-Africa community of shared future and enabling the Chinese Dream to fuel the dream of oil and the dream of development in every resource country.