So far this year, no TV show in China has been able to outshine the glorious success of Produce 101, a Chinese spinoff of a South Korean reality series. The mission of the show, according to a producer, is to “revive the entertainment market for female entertainers” by building a completely audience-selected female band via a reality talent competition.

Whether or not that goal has been achieved yet is up to debate, but the show has undeniably gained vast success and shown striking market potential. Furthermore, the show has drastically reverted a long-standing void of female talent reality show since 2004, when Super Girl (超级女声) was the top show on TV and female superstars were still all the rage.

According to Huangqiu.com, some 63 million viewers watched the live finale, and the total economic value of the 3-month extravaganza and its ongoing social media discussion have yet to be calculated. What word better describes the show than “historic”?

Enormous accomplishments aside, some argue straightforwardly that the fact that so many young people are getting hooked on such a TV show indicates nothing but a loss of appeal in traditional—or even orthodox—culture. Backers of the show refute the critical perspective, by arguing that Produce 101 has revived once forlorn mass culture in China and that its many positive points should not be overlooked. Although the show is a purely market-driven endeavor, few can deny the positive influence it has radiated.

As cultural critics often argue, market-oriented, capital-driven entertainment forms such as TV can hardly be categorized as cultural works, yet this medium has proved highly effective in ethereally educating and cultivating young people. Indeed, emerging technology and revolutionary new media devices have dramatically changed the way we share information.

Trends in China are not actually so different from anywhere else. Contrasting previous generations, Chinese millennials grew up with TVs, PCs, cell phones and tablets. Instead of over-emphasizing the harmfulness of such devices, contemporary educators have gradually adopted an open attitude towards the former “distractions” and started to advocate the positive uses of such devices in education. Educational patterns such as documentaries, online athletic training programs and apps with enlightening functionality have mushroomed. One unsurprising consequence has been how young people regard entertainment: They no longer see entertainment purely as a leisure activity, but instead recognize multiple functions and effects. It is no exaggeration to declare that media devices have become a revolutionary delivery channel for education.

In this context, it seems counterintuitive to continue fighting unavoidable change and more rational to simply embrace the show and everything that comes with it.

Girl band and Beyond

The reality show has won so much acclaim not just because of its attractive and talented female competitors (now called “101 girls”), but also because of its “positive vibes”—a phrase that has become ubiquitous in Chinese media.

Western critics often chastise Chinese media for “quixotically maintaining positivity” to avoid “acknowledging the existence of negativity.” Such criticism fails to measure the importance of moral guidance in Chinese society. Chinese moral paragons remain committed to cultivating young generations with integrity, honesty, gumption and patriotism. With that in mind, unlike many other similar reality shows, Produce 101 devoted considerable focus to depicting cultural traditions.

Chinese viewers have found it easy to sympathize with the entrepreneurial spirit of the show: no pain, no gain. The competitors, who could have been framed as fame-hungry slackers, were depicted as exemplary entrepreneurs who launched their own careers under massive pressure through diligent training and extraordinary endurance. Instead of impulsive adulation idols tend to attract, most viewers saw the “101 girls” through a lens of sincere and thorough admiration. 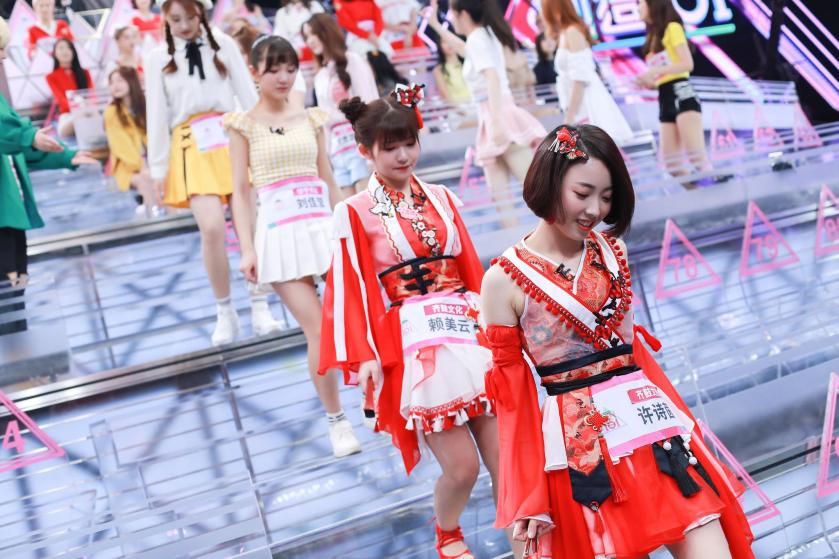 It was obvious that the allure of such a game-changing TV show would attract copious amounts of female talents from across China. It did, however, come as a bit of a surprise that so many foreign contestants auditioned. Participants hailed from Thailand, Australia and even Brazil. Sunnee Yang, one of the most popular personalities in the show, is from Thailand.

As an ethnic Chinese Thai citizen, as she revealed in an interview, Yang has been heavily influenced by Chinese culture since her childhood, which pushed her towards Chinese-speaking society when starting her career as an entertainer a few years ago. Yang found the chance to join Produce 101 while training in Taiwan and instantly recognized the once-in-a-lifetime opportunity. “The chance of introducing myself to viewers across the Chinese mainland seemed like a huge opportunity”, explained Yang, adding that she eventually arrived at a woeful quandary: either to follow her heart and seize the moment or give up her far-fetched dreams as soon as possible. Of course, she chose to bet on the potential of the show, a decision that proved far more rewarding than her modest expectations. Not only was she chosen for the show, but she made the final round and was warmly embraced by tens of millions of Chinese viewers.

The huge market potential in China today has made it a promising dream-chasing ground for many young talents from overseas, especially those with a solid Chinese cultural background. From The Voice of China to Produce 101, many Southeast Asian artists have found success in China, evidencing how increasingly cosmopolitan Chinese viewers have become. 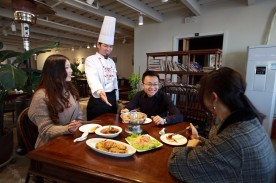