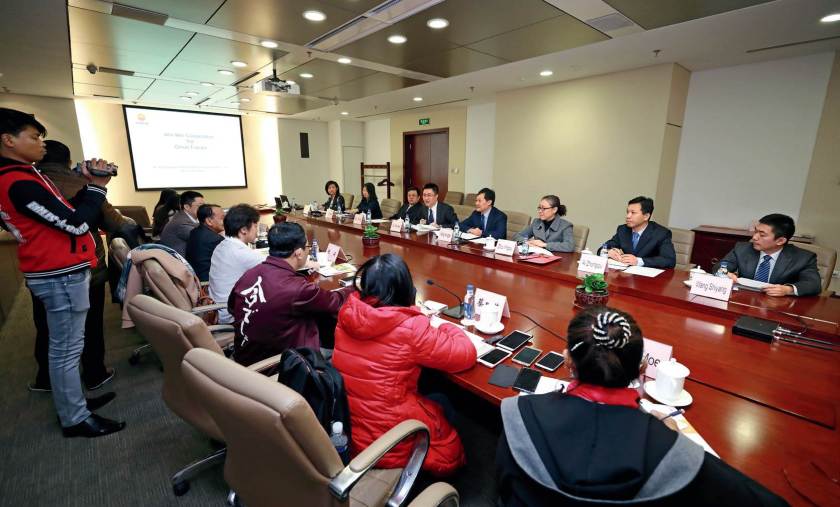 On an earlier visit in March together with China Report ASEAN, journalists from Myanmar press delegation visited China National Petroleum Corporation (CNPC) to interview Wang Hongtao, deputy general-manager of the international department of the company.

“The China-Myanmar Oil and Gas Pipeline project won a lot of support from heads of state and governments of both sides,” remarked Wang. “It is a successful model of win-win cooperation.”

Wang explained to the journalists that the 700-km pipeline snakes from Made Island on the western coast of Myanmar to Ruili in southwest China’s Yunnan Province. It is only part of the 15,000 kilometers of pipelines that CNPC has built overseas. The cooperation with Myanmar started in 2001. Alongside this pipeline are three additional oil and gas exploration projects at sea. 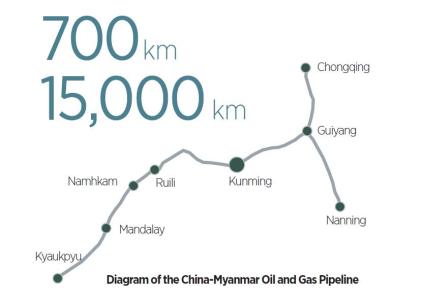 When asked why CNPC chose to invest in Myanmar, Wang replied that CNPC’s investment aimed for win-win cooperation and common development. “As we often say in China, distant relatives are not as good as close neighbors,” he quipped. “We chose to invest in Myanmar primarily because we cherish friendly relations between the two countries. Economic and cultural exchange and cooperation are pillars of our friendship. The economic and trade cooperation between our countries will lay a more solid foundation for greater friendship.”

Zuly Moe asked about the job opportunities the project created for the local population. Zhang Liyan, public relations manager of the pipeline project, responded that 2.9 million job opportunities were created for the local population across the entire construction. During the peak period, 6,000 local workers were employed. CNPC even provided specialized training for local employees. For example, a number of welders and electrical operators were trained in cooperation with local training institutions. Chinese specialists on the ground shared their experience with trainees.

Wang Hongtao remarked to a question that environmental protection has been a primary concern of the project since the beginning. The design and construction of the project were both environment-friendly. CNPC is vigorously developing natural gas, which has made a positive contribution to China’s environmental protection and low-carbon development. The pipeline will also contribute to the low-carbon development of Myanmar.

“The pipeline project is an international business cooperation project,” declared Zhou Yingqiu, chief accountant of the project. “This project has brought tangible benefits to the Myanmar government and the people of Myanmar. We hope it will contribute more to the future development of Myanmar.”