“We are committed to promoting cooperation within and outside the South China Sea,” said Jose Alvarez, governor of the Philippine province of Palawan, at the Boao Forum for Asia Annual Conference 2018 in China’s Hainan Province on the morning of April 9.

Alvarez noted that the Philippines and China are close neighbors who share the South China Sea. Joint efforts will keep it a sea of peace, friendship and cooperation, he added. His province is keen to strengthen cooperation with Hainan for mutual development.

The development of Hainan over the last 30 years is a microcosm of all of China’s development. Major economic indicators have rallied in a positive direction the entire time. The world is changing rapidly, and the world economy is transforming profoundly. Like other island economies, Hainan faces a narrow internal market, a marginally qualified work force, a trend of anti-globalization, increasing instability in the world economy and non-traditional security challenges such as energy and resource security and food security. No island economy can overcome such roadblocks alone since the security and development interests of all are closely related. Cooperation alongside competition is desirable to achieve inclusive development.

The first point is continued promotion of interconnectivity. Island economies are independent geographical units. Connectivity with the outside world is of utmost importance for them. At present, Hainan is working to build a Pan-South China Sea hub for international trade and shipping, which will connect to more than 100 international routes within two to three years and become part of a smooth, fast, convenient and efficient regional transportation network.

Second is continued promotion of industrial cooperation. In recent years, Hainan has made remarkable achievements in economic development. It has built new drivers to accelerate the development of the new economy. A sophisticated industrial capacity has emerged. Hainan is ready to work with other island economies along the Belt and Road to integrate resources, capitalize on respective advantages, promote pragmatic cooperation in various fields and achieve mutual benefits and win-win results.

Third is continued promotion of cultural and people-to-people exchange. Island economies should encourage multi-level, wide-ranging and institutionalized exchange in this field, which will serve the needs of the people and create real benefits for them.

Fourth is continued collaboration to address global challenges such as climate change. We can’t escape environmental challenges. It is imperative to face them head on. In recent years, Hainan has actively responded to the challenges posed by climate change by pursuing green and low-carbon development and accelerating the development of renewable energy.

The final point is continued intellectual support for the inclusive development of island economies. Hainan will build a think-tank alliance by creating a global island economies basic database. Regional think tanks are welcome to join the initiative.

For participants from China, the Philippines and other countries, a topic of common interest is methods to capitalize on the advantages of island economies to create more space for development.

Alvarez positively responded to Shen’s comments. He believes that the Hainan governor’s proposal will facilitate the sharing of the island economies. He believes that the Philippines and China can work closer together on the Pan-South China Sea economic cooperation. He hopes that after the Boao Forum for Asia this year, there will  be more concrete projects thanks to direct talks between Palawan and Hainan, which will reinforce friendship between the two provinces.

As a well-known entrepreneur from the Philippines, Larry Chan, president of Liwayway (China) Company (manufacturer of Oishi snacks), has a strong interest in cooperation between the two countries as well as between islands. He noted that the Philippines consists of more than 7,000 islands. As a country dominated by island economies, the Philippines faces great challenges, the most severe of which is logistics. “Difficulties in inter-island logistics affect all aspects of our production process,” said Chan, “which in turn affects our competitiveness in the global economy.”

Chan believes that China and the Philippines should strengthen cooperation in island economies. A priority of the Belt and Road Initiative is infrastructure development, which will create new opportunities for the Philippines to improve connectivity between its islands.

Chan believes that the Philippines can benefit from the Belt and Road Initiative because newly-developed infrastructure will overcome many physical barriers, reduce costs and enhance efficiency and competitiveness. “For example, new airports have been built on quite a few islands,” commented Chan. “They enable fresh fruits and seafood to be delivered directly to target markets.”

Chan believes that cooperation between China and the Philippines in island economies will strengthen their respective positions in the world economy. For this common endeavor to be successful, we must stay open-minded on information-sharing and maintain mutual trust while overcoming remaining obstacles. 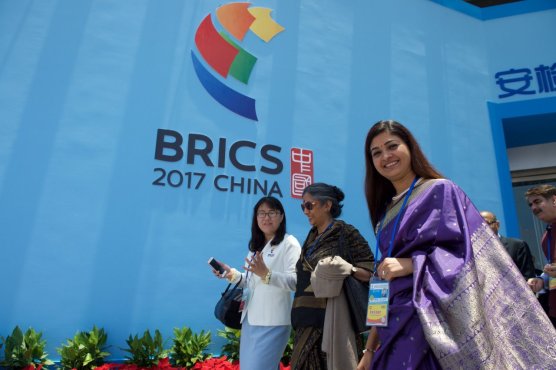 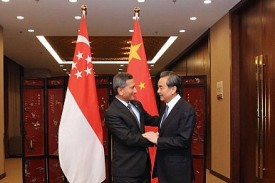 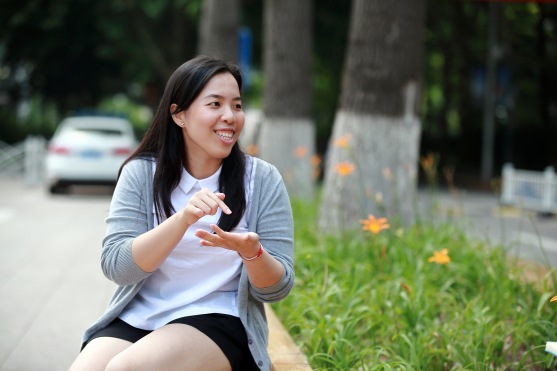