The United States’ expected withdrawal from the Trans-Pacific Partnership may provide “great opportunities” for China to work out a wider trade agreement as a better alternative, experts said on Tuesday.

US president-elect Donald Trump released a video message on social media on Monday giving his plans for the first 100 days of his presidency. These included withdrawing from the trade deal on his first day in office as one of six immediate steps aimed at “putting America first”.

China should seize this opportunity to start the Free Trade Area of the Asia-Pacific to include countries and regions that have joined the Trans-Pacific Partnership and the 16-member Regional Comprehensive Economic Partnership, said Wang Huiyao, director of the Center for China and Globalization. The Beijing center is an independent, non-profit think tank that conducts research on world affairs, economic issues and globalization.

China should invite the US to join the China-led Asian Infrastructure Investment Bank to enter more global markets together, Wang said.

Even though the US was absent, the 11 other Trans-Pacific Partnership member countries, including Australia, Canada, Chile, Malaysia and Mexico, discussed in Lima, Peru, the possibility of keeping the trade deal. Japan’s lower house of parliament approved the deal earlier this month.

“Their moves show that the 11 countries that signed a basic agreement on the (TPP) in October are keen to facilitate free trade moves,” said Wang, who added that China should talk with Japan and South Korea to promote the Free Trade Area of the Asia-Pacific during the China-Japan-South Korea leaders’ meeting in Tokyo next month.

“Since the FTAAP is able to combine the TPP and RCEP and benefit regional trade development, it can put an end to the economic fragmentation in the Asia-Pacific region that undermines economic integration,” said Tu Xinquan, a professor at the University of International Business and Economics in Beijing.

Member economies at the recent Asia-Pacific Economic Cooperation Economic Leaders’ Meeting in Lima have agreed to continue advancing the FTAAP process, and the signal this sends will be helpful to stimulate both regional and global trade activities, Geng said. 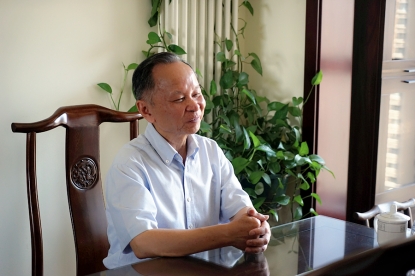